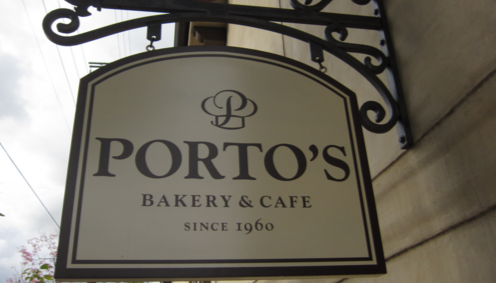 Five Orange County restaurants made Yelps Top 100 Places to Eat in the U.S. for 2016, according to rankings released Wednesday. One of those restaurants is coming to Buena Park!!!

Mama Ds Italian Kitchen, an Italian coastal favorite in Newport Beach, ranked the highest at No. 8. It was followed by Cream Pan of Tustin (No. 11), Mr BBQ of Fullerton, CA (No. 27),Istanbul Grill California of Fountain Valley (No. 43) and Rockfire Grill of Mission Viejo (No. 60).

Unlike last year, the rankings are based on performance since the founding of Yelp in 2004.

This list is a combination of classic favorites and new up-and-comers that garnered lots of positive attention, Yelp said. We analyzed which places were the all-time most popular and well reviewed on Yelp.

Restaurants were compared using a ranking that looks at both the ratings and the number of reviews while accounting for quality, popularity, and statistical fluctuations, Yelp said. Newcomers were able to crack the 100 based on the high number of quality reviews over a two-year period, Yelp explains.

Of the five restaurants ranked, Cream Pan and Mama Ds are among the best known. The Tustin bakery, in business for more than a decade, is known for its namesake puffy, sweet bun filled with light custard, as well as its custard and strawberry filled croissants. Mama Ds is a longtime neighborhood favorite for classic Italian fare along Newport Boulevard.

Newcomer Rockfire Grill features stone cooked pizzas and flat breads, as well as burgers. The Yelp ranking is based on reviews from its Mission Viejo location. However, it has another location in Santa Ana on 17th Street, near Tustin Avenue. A third one is coming soon to Newport Beach, at the old JackShrimp location on 1200 West Coast Highway.

Yelps No. 1 restaurant is Portos Bakery & Cafe of Burbank. The Los Angeles institution, with other locations in Glendale and Downey, is known for its Cuban cakes, French mousses, Italian sweets, cheese rolls and cheese strudels.

Curious Orange County foodies wont have to fight freeway traffic to give Portos a shot. The bakery recently announced plans to open a shop in Buena Park.

Gen Korean BBQ House of Cerritos ranked No. 37. The Korean BBQ restaurant also has a location in Tustin.