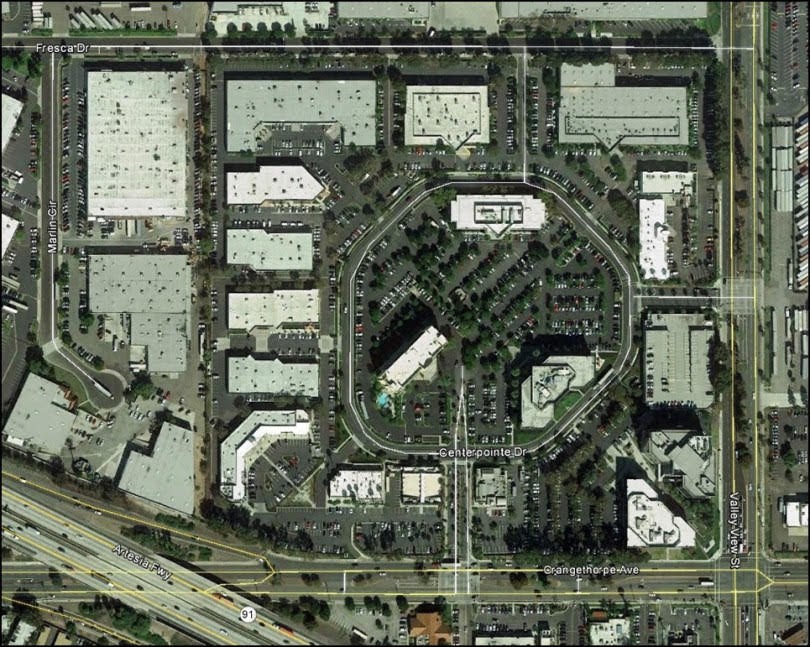 La Palma could be getting a face lift. If a proposed development goes through, 1,000 new homes might come to the small town of about 16,000 residents. La Palma signed an exclusive negotiation agreement with Eight88 Hospitality earlier this year. Eight88 is a Mission Viejo-based developer with clients ranging from the Queen Mary to the Holiday Inn. The contract allows up to five years for the two parties to figure out a proposal for renovating a 114-acre site off Valley View Street and Orangethorpe Avenue – now divided between an office hub called Centerpointe and an industrial park.

Eight88 approached the city wanting to create a mixed-use environs that would feature as many as four condominium towers offering up to 1,000 units. The development also could include a 300-room hotel, restaurants, shops, entertainmentvenues and a park. According to the City Manager Laurie Murray, negotiations will take around three years.
Eight88 would also still have to acquire the properties for the proposed development. Currently, a Kaiser Permanente medical building and two other low-rise office buildings sit on the property. Those probably would stay, Murray said. The developer also foresees boutique restaurants and “pop-up” eateries such as food trucks. An online video gaming arcade could figure into the mix.
The city expects it would capture more than quadruple the revenue it currently collects from businesses on the property.  “It’s an aging and tired site that needs an update,” Murray said. “We’re pleased to have an opportunity to revitalize the area.”
Residents can learn more about the proposed project at La Palma’s State of the City event at 7 p.m. April 25, at the Community Center, 7821 Walker St. For more information, call 714-690-3337.
[Read More: OC Register]

To learn more about local real estate market trends or if you're interested in buying or selling in Orange County, contact us, The Wise Team, directly at (714) 698-9473 for a free consultation.