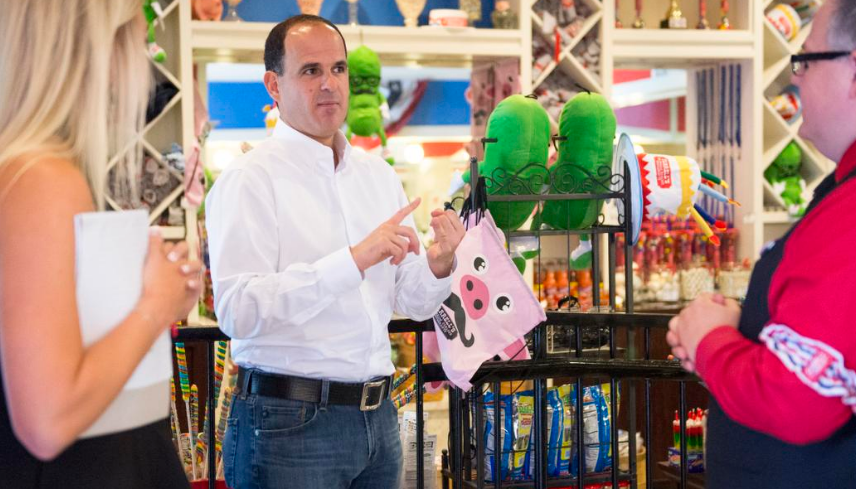 Farrells Ice Cream Parlour temporarily closed its Buena Park restaurant last week as the location will be remodeled under the control of The Profit millionaire Marcus Lemonis.

The Buena Park location will be closed until mid-March, Marketing Director Shauna Parisi said Monday in an email to the Register. The Brea and Riverside locations will remain open to serve our guests.

The makeover comes five months after Farrells aired its troubled finances on CNBCs The Profit, hosted by Lemonis. In the show, Lemonis came to the rescue, investing $750,000 in the company, which had was swimming in debt of nearly $2 million.

In a phone interview Tuesday with the Register, Lemonis said Farrells owed its Buena Park landlord nine months rent to the tune of $200,000. The company had also failed to pay vendors. On several occasions, I had to loan them money to pay employees, Lemonis said.

Though Buena Park employees knew Farrells was in trouble, many said they were blindsided by last weeks abrupt closure. Raven Edmond, an ice cream scooper, said he and other employees received a group message through the companys HotSchedules app, notifying them of canceled shifts, effective last Thursday.

Byers said he quit last week, a day before the restaurant closed, because he was concerned about the restaurants stability. "Things fell apart ever since the Profit. Lauren Galvan, a host for nearly two years, said when she first started working in Buena Park, the wait for a table was two hours. About a year later, foot traffic slowly began to diminish.

After the Profit aired, she said the restaurant received a temporary boost in guests followed by a gradual decline. Its been very dead since summer, the 19-year-old college student said.

Farrells struggles come after Kramer and his business partner Mike Fleming resurrected the nostalgic ice cream brand in 2009 with the opening of Farrells Ice Cream Parlour at The Shops at Mission Viejo. Other locations followed in Sacramento, Brea, Riverside, Rancho Cucamonga and Buena Park.