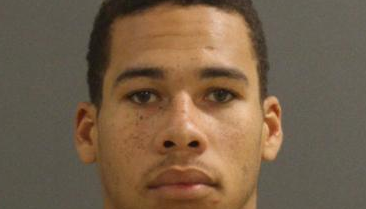 Joshua Christopher Owens was an assistant water polo and swim coach at Kennedy High School in La Palma from 2014 to 2016 when the alleged crimes happened, according to a statement from the Buena Park Police Department.

A student recently reported Owens, a resident of La Palma, to school staff, who notified police and more victims were later identified.

Owens is suspected of lewd and lascivious acts with female student-athletes from 14 to 16 years old. Police did not disclose how many victims there were but they believe there may be more, given Owens access to students. He has also been employed this year as a seasonal lifeguard with the Long Beach Fire Department Marine Safety Division.

He was arrested but was released after posting $75,000 bail.

Anyone who thinks they may have been a victim is asked to call Buena Park Police Department Detective Todd Franssen at 714-562-3935.