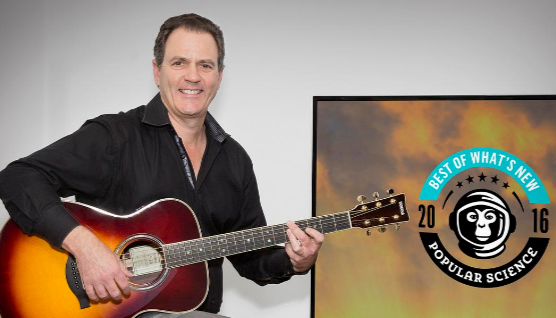 Buena Park-based Yamaha Corporation of America is the recipient of two awards from Popular Science Magazine.

The magazine named the companys TransAcoustic Guitar, and the YSP-5600 Sound Bar as 2016 Best of Whats New Award winners.

The magazine gives the awards as part of its annual review of the top 100 technology innovations of the year, and are in 11 different categories including entertainment and gadgets.

The TransAcoustic Guitar uses a transducer inside the guitar that vibrates when the guitar is played. Those vibrations are then transferred to the acoustic guitars body and air cavity, allowing for chorus and reverb effect without any external amplification, simulating the sound of a large live room.

TThe YSP-5600 Sound Bar is the first to feature both Dolby Atmos and DTS:X, audio technologies that can place sound anywhere in a room, even overhead, without the need for additional speakers. It also uses wireless audio technology called MusicCast, allowing it to stream music over a homes Wi-Fi network from mobile devices or a computer, all with the help of an app - allowing the consumer to use many of the music services available to the public.

Popular Science announced the awards as part of its November/December issue. The Whats New awards were started by the magazines editors in 1988.