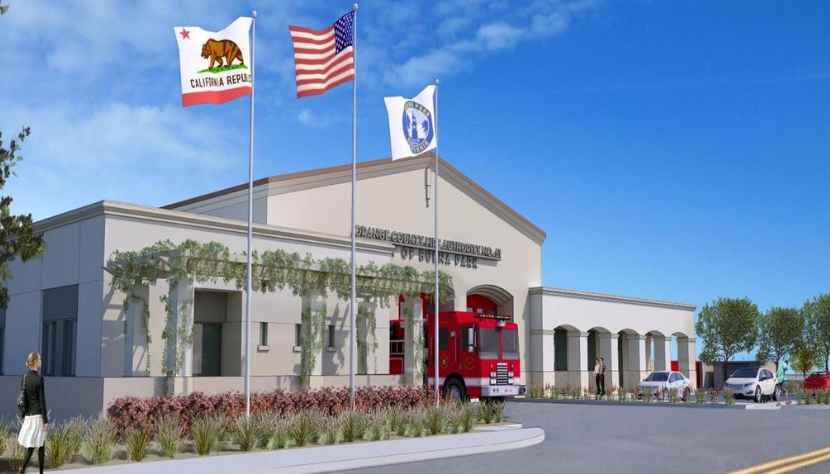 Buena Park is looking into the possibility of constructing a $13 million fire station on La Palma Avenue to replace nearby Fire Station 61.

The 50-year-old station has real issues, and weve been putting Band-Aids on the situation, said Aaron France, assistant to the city manager.

Fire Station 61, built in 1967, has undergone several roof repairs over the years, city officials said, and needs new ceilings, flooring and a larger kitchen. It is not energy efficient nor seismically sound.

The new station could land on La Palma Avenue, between a shopping plaza and Walter Knott School. It would require a new traffic signal and the realignment of a service road used by Knotts Berry Farm patrons to exit a parking lot.

In 2015, the city agreed to swap the acre of land on which Fire Station 61 is built for a Knotts lot on nearby La Palma Avenue should the city secure funding for the station and proceed. The city also bought from the theme park an additional quarter-acre of land to help accommodate a larger facility.

One option would be to conduct a bond issuance and pay off the fire station over time. France said the city has saved several hundred thousand dollars in recent years for the project.

Once the new station is built and all personnel have relocated, the city would demolish the old building and restore the land before Knotts takes it over.

Emergency service will be unaffected by construction, the city staff said.

At 18,000 square feet, the one-story station would house 36 fire personnel and accommodate the increase in service calls the department expects to receive with the growth of the nearby entertainment corridor. The new facility would feature dorms, administration offices and upgraded amenities. Showers and locker rooms would serve both genders, France said.

Also, steel framework would be deployed, extending the stations life and saving $1 million compared to building a wood structure, a staff report says.

The city currently is looking for contractors with experience erecting fire stations. Construction could begin as early as March and conclude in February 2018.

Fire Station 61, which serves surrounding cities and hosts regional training sessions, has served its useful life, France said. Weve got some things in the works to make this new station last 25, 50 years longer than that one did.