The Former Landfill at Lincoln & Beach Back at The Bargaining Table! 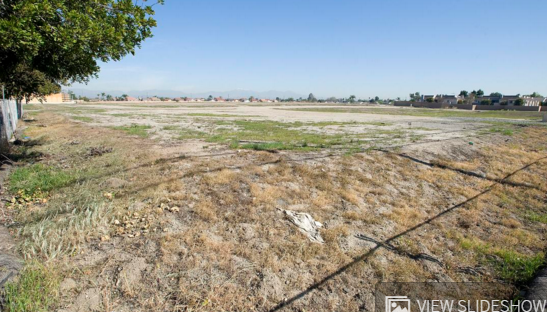 ANAHEIM The former landfill at Lincoln Avenue and Beach Boulevard is on the verge of shedding the dumpy nickname Sinkin Lincoln and emerging as a financial boon for the citys west side.

Zelman Development Co. of Los Angeles is back at the bargaining table to purchase the 25-acre piece of city-owned, rehabilitated land, with plans to finally build a long-shelved commercial complex known as Westgate Center.

Two anchor stores are proposed for the 270,000-square-foot retail center, along with several restaurants, shops and a public plaza, said Brett Foy, co-president of Zelman Development. Though the land is now stable, the building will be secured by dozens of underground pylons made from metal or concrete.

City officials did not disclose a recent appraisal of the property, but said it would be sold at market value. The City Council could sign off on a sale as soon as April, with construction starting about a year later.

Its one of the last remaining, large pieces of land in Orange County thats well located on Beach Boulevard, Foy said. A big, rectangular site with high visibility is hard to come by out there.

Mayor Tom Tait hailed the project as a much-needed shot in the arm for the neighborhood, fitting in with the Renew Beach Boulevard Coalition he established two months ago with the neighboring mayors of Buena Park and Stanton. The cities are working together to improve aesthetics, commercial development and public safety along the bustling corridor.

If youre a resident or a visitor, its not always clear what city youre in, Tait said. Theres been no common initiative, so we thought the coalition might be an easier way to bring some development to Beach.

Long ago, the property at Lincoln and Beach was home to a quarry that created three massive holes later used as landfills. The city purchased the land in 2001.

As the landfill was compressed with large mounds of dirt, crews found the surface was collapsing on top of the old trash heaps, leading to the propertys infamous moniker of Sinkin Lincoln. The land was eventually stabilized, but the nickname stuck.

In the mid 2000s, the citys former Redevelopment Agency specifically turned to Zelman because of the companys previous success in converting a significantly more contaminated Superfund site into the Burbank Empire Center, an 800,000-square-foot retail complex.

Negotiations were put on hold when Anaheims Redevelopment Agency was dissolved in 2012 as part of Gov. Jerry Browns successful push to eliminate the agencies across California in an attempt to balance the state budget. As a result, Anaheim had to hold on to 100 acres of redevelopment property until the states Department of Finance approved a long-range plan to dispose of the all holdings, which was approved last year.

Its something weve worked hard to put together for 15 years, Woodhead said. I can feel the west sides expectation that finally, we have a project, and it will lead to the revitalization of that entire area.